The new Hampton Inn, which boasts that it is the first universal design hotel in the country.

In fact, it's the first hotel in the country certified as universally designed, a standard that incorporates inclusive elements throughout the venue.

Accessibility is a minimum standard and can be an afterthought in the design process.

The standard also usually centers on people with mobility or vision impairment and doesn't address the needs of people with, for example, cognitive disabilities, colorblindness, chemical sensitivity, she said.

"Accessibility is not good enough and as designers we need to go beyond that," Levine said.

There are no standard Hampton rooms in the hotel at 1601 Amherst Manor Drive. Seven of the 107 rooms are fully accessible, as required, with features such as a seat in the shower and window shades operated by a push button instead of a pull cord.

But the rest all have at least some universal design features. These include: the thermostat set lower on the wall, the roll-in shower, knee clearance at the sink, floating shelves next to the beds that leave room underneath for a CPAP machine or other item, a different shade of carpeting at doors to the rooms and room number signs that also have a black and white picture and braille writing. 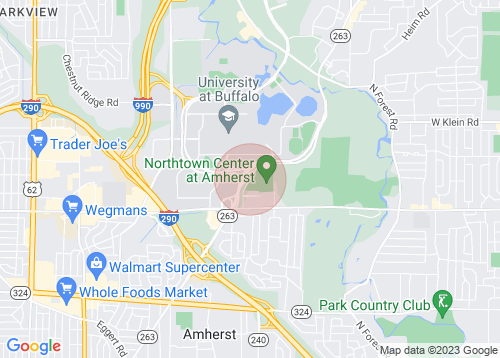